During the oil crisis in the 1970s, it was talked about as a storage technology – only to disappear into a drawer again afterwards. For some years now, it has been experiencing a renaissance: In the search for reliable stationary energy storage systems that can compensate for the fluctuating power generation by means of photovoltaic or wind energy plants, researchers have once again come across the iron-air battery. Among them is a team from Fraunhofer UMSICHT and the Ruhr West University of Applied Sciences. Marvin Kosin, doctoral student in the Electrochemical Energy Storage department, talks in the interview about the joint work on a demonstrator as part of the project "Development of an Iron-Air Battery Stack as Stationary Energy Storage for Photovoltaics" (ELUSTAT).

How does an iron-air battery work?

Marvin Kosin: Roughly explained, the iron-air battery consists of an air electrode and an iron electrode. The latter works according to the "rusty nail" principle: When discharging, the iron reacts to form various iron oxides and hydroxides, i.e. rust. When charging, a voltage is applied in the opposite direction and the rust is re-developed into iron. At the air electrode, oxygen from the environment is reduced during discharge and dissolved as a hydroxide ion in the electrolyte and released again during charging. During discharging, electrons are released at the iron electrode, which are needed at the air electrode for oxygen reduction. The only way to get there is via a connected load, in which the electrons then do work.

What are their advantages?

Marvin Kosin: That depends on the application, of course. In the area of stationary energy storage, the price and availability of the materials are the biggest advantages. Iron is the most common element in our earth's crust and correspondingly inexpensive. Moreover, it is also mined in Germany and Europe. In comparison, stationary lithium-ion-based batteries require larger quantities of raw materials, for which there may be supply bottlenecks in the coming years.

Other advantages: Iron-air batteries are insensitive to overcharging, partial and deep discharging, and the iron electrode in particular is very robust and can withstand more than 10,000 charge/discharge cycles. This corresponds to a service life of about 30 years.

Can recycled material be used for the iron electrode?

Marvin Kosin: In fact, we are currently in the process of initiating a project. The basic idea is to use ferrous waste from industry in the Ruhr region to manufacture the iron electrode. At the same time, of course, the iron used in the battery can also be recycled - but the process depends on the structure of the electrode.

Why is the iron-air battery particularly suitable as a stationary energy storage device?

With all the advantages, are there any disadvantages?

Marvin Kosin: There are indeed – and that's exactly where we're starting with our research. On the iron side, which is the focus of research at the Ruhr West University of Applied Sciences, there are two things in particular. One is the utilization of the active material. Think of it like this: If a solid block of iron rusts, then the rust layer forms on the surface and grows from the outside in. While the iron as a metal is super conductive, the rust as a metal oxide has no conductivity. In other words, only the surface material is utilized in the battery, not the complete active material. Our approach: to keep the surface volume ratio as large as possible in order to increase efficiency.

On the air side – our focus – a different problem becomes apparent: carbon corrosion. To accelerate the oxygen reaction, one usually uses platinum or other precious metals as a catalyst, as well as carbon as a conductive additive. This works very well for metal-air batteries, which are not rechargeable. However, the carbon corrodes away as the battery charges, rapidly reducing the life. That's why we're working on electrodes that are carbon-free and based on nickel, for example. Furthermore, the electrodes we are developing are completely free of expensive precious metals.

How is this done?

Marvin Kosin: We use two approaches to manufacture the air electrode. The standard process, which is also common in the industry, is that we take our components, mix them, and press them onto a current collector. Continuous manufacturing is the other approach. We press the electrode together, testing different pressing parameters and material compositions, and then see how that behaves with each other. Basically, we correlate the physical properties of the electrode - from conductivity to pore structure to current density.

The project will run until the end of April 2022. Are you satisfied with what you have achieved?

Marvin Kosin: Absolutely. We have developed functional electrodes that do not require any precious metals or carbon at all, thus further increasing the cost efficiency and service life of iron-air batteries. Now we have to take some final measurements - and then we will be able to determine whether we have achieved the ambitious project goals.

What is the next step for the iron-air battery at Fraunhofer UMSICHT?

Marvin Kosin: A follow-up project – also with the Ruhr West University of Applied Sciences on board – is already in the pipeline. The aim is to develop particularly high-performance and sustainable next-generation iron-air batteries whose main components meet a new performance level thanks to modern manufacturing processes, carbon dioxide separation and catalysts that are free of precious metals. 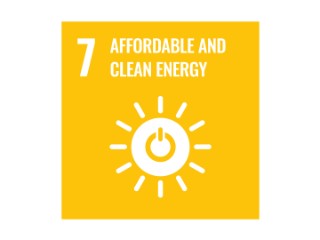