DEZENTRALE as a project partner is an open workshop with a focus on digital fabrication and biological experiments.

In the Laboratory for Urban Future Issues and Innovations, LUZI for short, a transdisciplinary empirical investigation is conducted in a creative environment into how and through which target groups a maker space can sustabainbly function. To this end, the conditions needed to transform social, ecological and creative ideas into entrepreneurial action, as well as to produce goods and offer educational opportunities, are being investigated.

In the workshop of the Dortmunder Union Gewerbehof, technology and knowledge of the resident companies with ideas and needs of different target groups (including companies, graduates, citizens) are brought together spatially and in a structured way. Innovations are to be observed and promoted through exchange, educational opportunities and the possibility of trying things out (prototyping). Among other things, it will be investigated which target groups can be addressed with the concept of maker space and what benefits they are looking for. For example, is it about the machinery to concretize own ideas, company development through new input, further education on certain/new topics, the goal of making certain goods yourself or to solve existing problems through new methods?

Within the living lab LUZI, success indicators of a new kind of business incubator or citizens' workshop, the maker space, are to be empirically recorded and evaluated by interviewing different target groups and evaluating the coordinating and organizing activities. The results will be published in order to promote the establishment of further maker spaces at other locations.

Important elements of a living lab are: Co-design and co-production of the research process with civil society and actors in practice, a transdisciplinary understanding of research by the actors, long-term support and investment of the research design, a broad disciplinary spectrum involved in the research process, continuous methodological reflection on the procedure, and already existing experience in transdisciplinary processes. The special nature of the project results from the growing possibilities of the “die Urbanisten", the DEZENTRALE and the Union Gewerbehof, in which various companies of the cultural and creative industries are located with their offices, workshops and studios.

In the jointly usable workshop, companies can work together across industries. In addition, open networks already exist around the Union Gewerbehof, such as the environment of the creative quarter Unionviertel, which can be brought together in productive exchange on the development of immaterial goods, innovative prototypes and individual small series.

Community Management in the neighborhood

In the surroundings of the Union Gewerbehof there are about 95 micro enterprises. Almost half of them are creative enterprises and are partly closely related, partly not yet related. In addition, the university, the many opportunities for “die Urbanisten” to get involved and the DEZENTRALE in the quarter are close together. The place holds a diverse potential for working together and/or independently. So far, however, there has been a lack of practical collaboration, cooperation structures and community management services to make effective use of the district's existing strengths and create special working conditions for the creative companies.

With the LUZI project, the project partners want to create a research environment in which the existing machines, techniques and networks from the neighbourhood, especially the Union Gewerbehof location, are accessible in a bundled form to pursue their own interests. The maker space serves as a platform for exchange, cooperation and networking and for testing the novel multifunctional usage concept.

All project partners have many years of expertise in their respective fields, which will now be brought together in this project. A business network consisting of micro-enterprises, a non-profit association with an extensive network and a strong focus on sustainable development, and an open digital workshop (FabLab) with an existing machine park can build on and benefit from each other. In this environment evolved, the vision of an urban factory with an expanded network can be pursued, in which the neighborhood can be sustainably designed and co-developed.

Are you involved in collaborative, urban manufacturing?
Then let's talk about your role in Maker Space. 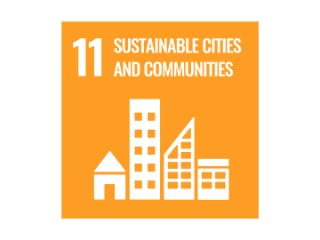