Product sample produced within the project.

Cleaning a metal surface: with (left) and without MultiBioSpray.

Multifunctional oils are widely used in households and workshops. They are still being produced on an oil basis. The “MultiBioSpray“ project focuses on sustainable, renewable raw materials: Researchers from Fraunhofer UMSICHT are investigating the production of the hydrocarbons contained in the oils from bio-based raw materials and residues and analyzing the properties of the products.

The importance of lubricants for a wide range of economic sectors becomes clear when looking at the market potential: In 2013, this is estimated at around 124 billion $, in 2020 forecasts predict an increase to 178 billion $. One category is the so-called non-water-miscible processing media - the term covers a wide range of substances (including multifunctional oils) that have so far been obtained from crude oil, a fossil and finite raw material. In Germany alone, their annual consumption is estimated at a good 3 000 tonnes.

The alternative production from bio-based raw and residual materials is resource and climate friendly. It also helps to establish the bio-economy by developing a simple drop-in solution for a commercial product. Currently, acetone and fuel oils are being investigated as starting materials, which are by-products of the fermentation of bioethanol. The process thus contributes to a higher benefit of the existing upstream process chain.

The demand for bio-based and sustainable chemicals has grown in recent years and is increasingly evident in lubricants. One of the reasons for this trend is the increasing environmental awareness of consumers who are looking for alternatives to petroleum-based products. Two approaches are currently being pursued to improve environmental compatibility and conserve resources: biodegradable and bio-based lubricants.

For biodegradable lubricants, for example, esters of vegetable fatty acids are used. However, the easy degradability often poses a problem for the stability of the products. Due to their high viscosity, most of them are unsuitable for use as low viscous, sprayable oils. Lubricants based on raw and residual materials, as developed at Fraunhofer UMSICHT, on the other hand, are usually thin-bodied, highly stable and can easily replace fossil products due to their properties.

Production of the bio-based oils

The “MultiBioSpray“ project aims to produce bio-based multifunctional oils from fusel alcohols in combination with acetone. The process for this is multi-stage, but simple. Initially, long-chain intermediates are produced from the short-chain input materials by means of the catalytic coupling developed at Fraunhofer UMSICHT. In a second step, these are catalytically treated with hydrogen so that pure hydrocarbons are produced at the end of the process chain. The structure and properties of the bio-based products are essentially the same as those of fossil multifunctional oils.

The defined production process results in further advantages with regard to the application. While fossil-based multifunctional oils sometimes contain over 100 individual components, MultiBioSpray consists of only a few components. The physical properties can thus be predicted and controlled more easily than is currently the case. The variation of the input materials allows the production of tailor-made multi-functional oils for different requirements.

The production of the long-chain intermediates and the treatment with hydrogen worked as expected based on model substances. After investigating the physical and chemical parameters, the novel multifunctional spray was filled into a spray can and tested with propellants: All properties are comparable with various commercially available multi-functional oils.

Are you interested in multifunctional oils? Then let us talk about sustainable alternatives and tailor-made products.

get in touch with us 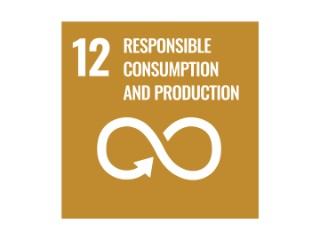