We keep carbon in the loop – a short sentence, but one that clearly describes the Carbon2Chem® project. Improving climate protection requires not only a reduction in CO2 emissions but also a reduction in the use of fossil raw materials. Extensive efforts by industries are constantly reducing their energy requirements and the emission of climate-damaging gases. However, in some cases, thermodynamic and economic limits are reached in the processes. As a rule, new innovative processes are not yet available for large-scale industrial use.

At this point, cross-industrial networks offer the opportunity for energy- and emission-intensive industrial sectors to make a sustainable contribution. The joint project Carbon2Chem® aims to use gases from the steelmaking process as a valuable raw material source for the chemical industry. The project is jointly coordinated by Fraunhofer UMSICHT, thyssenkrupp AG and the Max Planck Institute for Chemical Energy Conversion (MPI-CEC). The project is funded by the German Federal Ministry of Education and Research.

Using renewable energies, unavoidable carbon dioxide emissions from the steel industry are to replace fossil raw materials in the chemical industries. To this end, a cross-industry production network is being established comprising the steel industry, chemical industries and energy management. The smelter's process gases, which have been used as energy sources up to now, serve as the starting material for the production of synthetic fuels, plastics and other basic chemicals. The modular approach to CO2 utilization within cross-industrial networks enables the combination of climate protection and competitiveness for large industrial sites in Germany and other parts of the world.

During the first project period of Carbon2Chem® (June 2016 to May 2020) the focus was on the development and research of suitable processes. The focus was on the technical feasibility as well as the proof of economic viability and sustainability. The second phase of Carbon2Chem® will validate the developed processes for large-scale implementation, thus laying the foundation for low-emission steel production. To this end, the German Federal Ministry of Education and Research has made a further 75 million euros available until 2024. The partners involved are planning investments of more than 100 million euros by 2025.

The joint project also faces the challenge of considering the economic dimension of such a transformation, for example how to safeguard jobs and at the same time contribute to climate neutrality for other CO2-intensive industries such as cement and lime works and incineration plants.

With the milestones achieved in the individual lead projects in the first phase of Carbon2Chem® (June 2016 to May 2020), the foundations and prerequisites for the second phase, which runs from June 2020 to May 2024, have been established. Among other things, a project-owned laboratory building with 500 square meters laboratory space and 30 office workstations was provided on the campus of Fraunhofer UMSICHT. Here, the development of processes for gas purification using defined gases as well as the production of methanol and higher alcohols takes place, which are then subjected to further tests with real gases in the specially built technical shop. The technical shop covers an area of 3700 square meters and is located directly next to the thyssenkrupp Steel Europe AG site in Duisburg.

During the second phase of the project, the focus in both the laboratory and the technical shop will be on long-term tests. The technical processes will be further validated and scaled up for industrialization from 2025.

In the second phase, subproject L-III "Synthesis Gas" will continue to focus intensively on the composition, purification and processing of the steel mill gases at the thyssenkrupp site in Duisburg. This is the starting point for subprojects L-II, L-III, L-IV and L-V, which deal with the different product paths, methanol, urea, higher alcohols and polymers. The subproject L-I "CO2 Sources and Infrastructure" is a new addition. It deals with the transfer of the Carbon2Chem® technology to various industrial CO2 point sources such as power plants, incineration plants and cement works. Furthermore, the focus is on how a suitable infrastructure for hydrogen and carbon dioxide in large Carbon Capture and Utilization (CCU) solutions could look like.

Finally, the individual components will be brought together in an optimized, coherent plant network by the overarching subproject L-0 "System-Integration". For this system integration, simulation calculations will be carried out and investigations into economic efficiency as well as sustainability will be carried out.

Also new is the subproject L-KK "Coordination and Communication", which supports the coordination of the overall project as well as the communication within the consortium and to the outside. Overall coordination of the joint project is the responsibility of thyssenkrupp AG, the Max Planck Institute for Chemical Energy Conversion and Fraunhofer UMSICHT. In addition, proposals for the regulatory framework for climate-neutral industries up to 2050 are to be developed in the L-KK subproject.

CO2 reduction through cross-industry cooperation between the steel, chemical and energy industries – a look at the first funding phase of Carbon2Chem®.

Carbon2Chem® brings together basic research, applied research and industries. A look at the structure of this collaboration.

From the start of the project until today: key figures around Carbon2Chem®.

What are steel mill gases? And where is methanol used? The glossary explains important terms related to Carbon2Chem®.

Just released!
You can find the second issue Carbon2Chem® at

How can steel mill gases, which are a by-product of steel production, be developed as a valuable source of raw materials for the chemical industries? Research is being conducted on this question at various locations.

Whether highlights or challenges – in interviews project coordinators and partners provide insights into the research work.

Information from the German Federal Ministry of Education and Research on the status of the joint project Carbon2Chem®.

Read information of the BMBF about the joint project Carbon2Chem®

In our electronic press kit you will find bundled information about the joint project Carbon2Chem® – in German language.

The project's own office is responsible for the coordination as well as internal and external communication for the entire network. In addition, solutions for climate-neutral industries up to 2050 are being developed, particularly with regard to the regulatory framework.

The main focus of the activity is the consolidation of the activities from the other subprojects. The existing process concepts are elaborated and optimized according to process engineering, energetic and sustainable aspects from the point of view of the overall system.

Solutions already developed are to be transferred to other CO2-intensive industries such as the cement and lime industry and thermal waste treatment. The aim is to prove that the technology modules of Carbon2Chem® are capable of reducing CO2 emissions across all industries.

The aim is the concrete elaboration of the process concepts developed in the first project period for the production of methanol from the coupling gases of the smelter. A special focus is on the scale-up from the laboratory to the pilot plant in the technical shop.

The aim is to demonstrate the robustness of the concepts already developed for the purification of steel mill gases, the synthesis of various chemicals and, in particular, for system integration. By the end of the second project period, an industrial implementation should be feasible.

The focus is on the development of an overall catalytic process for the direct conversion of upgraded coupled gas to short-chain alcohols, olefins and synthetic fuels. This process is then to be developed to demonstration maturity.

Research and development of new (partial) processes for the production of polycarbonates are the focus of this subproject. The material use of the coupling gases gives the chemical plastics industry access to an alternative raw material base and thus leads to a reduction in the use of fossil raw materials such as crude oil.

Video: CO2 reduction in the steel and chemical industry

The goals of Carbon2Chem® briefly explained. 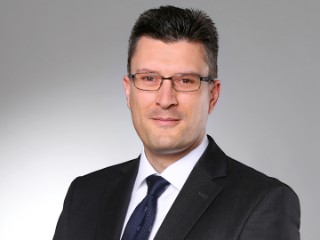 Head of the Project Office Carbon2Chem®